Tiptoeing into the second half of the last day of the year. What a year! 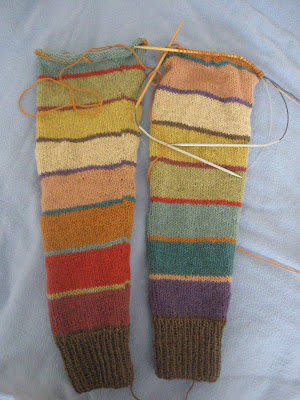 In my head, 2015 was another year of making the creative tradeoff between crafting and writing/reading, with writing winning out. However, it turns out I made 52 items in 2015. Holy crap, right? Especially since so little of that was documented on this blog; you'd be forgiven for thinking my sewing machine and knitting needles spent the year gathering dust, apparently this is what my brain thinks, too, despite evidence to the contrary.

Granted, that number includes items like panties (9) and leggings (4), but it also includes things like quilts (4) and handknit sweaters (4 - of which 2 were knit on size 3 needles!!) It also, unusually for me, includes a decent amount of unselfish crafting, including scarves (3), hats (1), hand warmers (1), handknit socks (1 pair), swaddling blankets (2), and 2 of the aforementioned quilts, as well as boring, functional stuff like curtains (a pair for me, a pair for a friend). I also seem to be doing a lot more functional crafting in general, stuff like tap pants (more needed!) and Watson bras (hate bra shopping!) and lounge pants. In fact, I rather miss my whimsical crafting days. I know we've talked at length about the merits of frosting vs. cake, but damnit, sometimes the frosting is just so much fun! Also, all my frosting seems to come out in summer in the form of frothy, impractical dresses (doubly impractical because Portland summers are so short) - which seems to give short shrift to the other nine months of the year, where practicality reigns. Mix-and-matchable garments in solids or near-solids somehow just isn't as fun as frippery and floatiness, it seems. 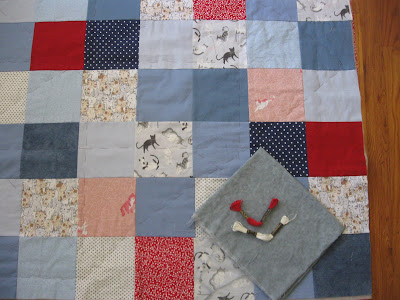 I commented awhile ago to Ali (with whom I like to swap bra FO photos via text message, which, if you haven't yet done so, is really one of the best kinds of texts to get - in vitro photos of course) that my writing/reading tends to go in small bursts, and I can always feel when I've reached the end of a burst when I start to get the urge to make something with my hands. It seems I find the tactile nature of crafting a nice creative rejuvenation for my mind. "Filling the creative well," as Julia Cameroon (or was it Twyla Tharpe?) might say. And then at some point, either my patience wears thin or my mind starts bubbling forth with new ideas, and I return to the writing and reading. Often I find I need to ease myself back into reading with something Decadently Unserious and frothy (hm, perhaps noticing a theme here with my crafting as well!) This year, I've read a great YA mystery series about female teenage sleuths in Victorian England, a brickload of mysteries in general, and am currently on a Middle Grade series about a 15 year old nanny governessing children raised by wolves. Yes to all of the above.

Which is not to say that 2015 wasn't a banner year for writing. This year I churned out a second draft of my book (bringing the total # of drafts up to 3), realized midway through the year that the book and I were at an impasse, whereby I placed it in the proverbial drawer and spent the summer being bitter and mournful about that. Ultimately, though, I think to what my best friend John says: If it's not the right time to write the book, trying to force it now may mean shortcutting from what the story was ultimately meant to become. Sometimes the problem is in the psychology of the writer, and I finally had to accept that I would need to grow into a new person in order to write the book I wanted to write. Which is frustrating and a wee bit heartbreaking (you know how impatient youth can be!), but ultimately, it's amazing what else you can let into your life once you let go of something that isn't working. 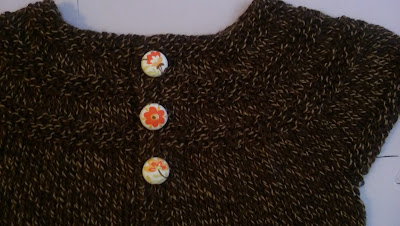 A statement that applies to both writing and life. At the start of this year, I quit a job that was in the same professional sphere that I've occupied for 5 years (and loosely, for another 4 years before that) so that I could create the temporal and mental space for writing. It's been a crazy, uncertain, and bumpy ride - and continues to be so, as I work out a mix of part-time activities that let me pay my bills sufficiently while still leaving enough juice for writing. It's been simultaneously easier and harder than I thought it would be. They say starting your own business takes twice as long and costs twice as much as you imagine, and I can definitively say, as a self-employed person: absolutely! But at the same time, for the first time in my life, I feel really centered and sure about the decisions I've made, and motivated as I've never been before to make this lifestyle work for me. I feared the uncertainty and instability of such a move, not realizing that the emotional certainty and clarity it would bring would create the energy to tackle the rest (due to no longer having to fight against myself so much). And as my old Japanese roommate used to say, slowly slowly. Twice as long and twice as much, right? 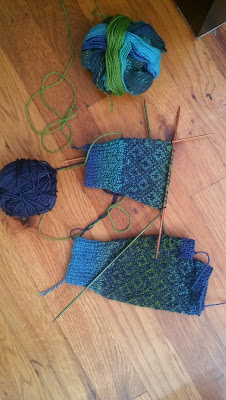 This fall, I enrolled in a 1-year writing program at a local non-profit that really embraces the DIY spirit. Our final project will be to produce a self-published book or zine of some sort. It's me and 8 other students with our fantastically supportive instructor, and I really feel like I've grown tremendously on this journey with them. Each piece I wrote and workshopped with them (1 short fiction, 2 creative nonfiction) has been a stretch that totally surprised me with what I was capable of, not just in terms of the technical aspects of writing, but also in terms of the psychological, emotional aspects. As though by letting go of the form of the book, I was able to begin tackling the content that eluded me for so long. 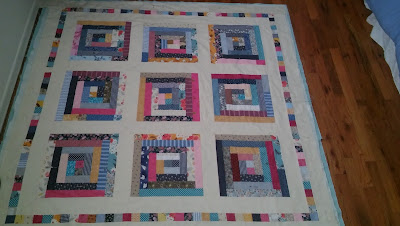 So that was 2015 for me, in a nutshell. When I talk to people, I constantly hear that 2015 was a weird, hard, bad year and that they're ready for it to be over. World and national events aside, I guess one way of looking at my 2015 would be to concur with the above statement. Certainly, I've probably never looked less "on track" than I do right now. And yet one of the unexpected side effects of quitting my job and jumping into the writing pool, for me anyways, is that I'm slowly coming to (imperfectly!) learn to embrace the uncertainty and impermanence of every part of daily life. Nothing will be here forever, and all cylinders of my life will never fire simultaneously. What I'm left with is a daily attempt to appreciate what I do have, to accept it for what it is instead of hating it for what it isn't, and to know that, no matter how good or how bad, it won't be here to stay. Live in the moment, love in the moment, feel the sun shining and be grateful for its presence, see the blue sky and be grateful to still have one's eyesight. And really, this privilege to be able to build my life around writing, at least for now, instead of shoving writing into the cracks of daily life? This incredible luxury to have sewn or knitted 52 items this year? 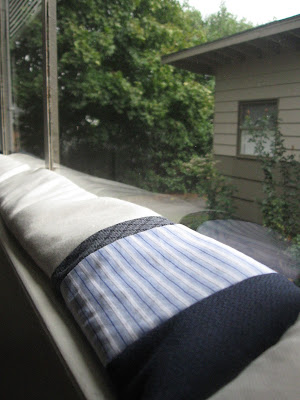 Wow. Thank you, life. Thank you, world. May I have the courage, serenity, and wisdom to face whatever 2016 brings. And may you too, dear friends. Happy 2016!
Posted by jessica

I just thoughtI would take a break from writing and found this lovely post. It sounds like quite a year for you. And 52 crafted items! That is really amazing. At the rate of one thing a week it sounds as if you are on a steady pace of both writing and making. I'm impressed too that you threw off a job that was probably holding you back. Good luck in 2016. Even if the book doesn't happen now, something else important will.

It's always so nice to read your posts. :-) Sounds like an exciting year all around, with some scary decisions, but all the better if they make you happy. :-) And one creative make per week is really impressive. Here's to a lovely 2016!

What 52 items? And how did I miss this post? Your life/work balance sounds as if it is so interesting and helping your creativity. I am looking forward to seeing what 2016 brings xx

You can try to use this service WritePaper.Info I have used it several times in college and was absolutely satisfied with the result.

I’d advise you to use this service: WritePaper.Info The price of your order will depend on the deadline and type of paper (e.g. bachelor, undergraduate etc). The more time you have before the deadline - the less price of the order you will have. Thus, this service offers high-quality essays at the optimal price.